Skip to main content
All Groups
Should women be allowed to fight on the front line? 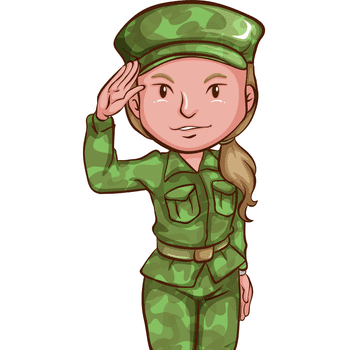 Should women be allowed to fight on the front line?
2 members
0 questions
1 post

In 2018, UK Defence Secretary Gavin Williamson announced 'For the first time in its history, our armed forces will be determined by ability alone and not gender,' enabling women to apply for all front line military roles. But has this decision been made for the wrong reasons?

Those opposed to women fighting on the front line will immediately point to the insurmountable pressures that are already placed on section commanders whom are required to make split second judgements that determine who lives and who might die. Scientists around the world will claim that it is a natural instinct for males to look to protect females, could this affect the judgement of those commanding on the front line? Is it right to put those additional pressures on individuals making life changing decisions in baking hot temperatures, after being physically exhausted, mentally stressed from the home sickness and the enduring fatigue that comes with combat, and then add to that the additional pressures of ensuring they fight within the appropriate legal framework. Defence Secretary Gavin Williamson has taken the position that it's completely fine to increase those pressures with the additional weight of wondering if society and the media will chastise those section commanders (some of which are as young as 19 years old), for a female being killed under their command.

Additionally, it has been suggested that when a female is killed, the subsequent trauma experienced by the remaining soldiers in that section is far more severe than when compared with a male being killed. Knowing that enemy combatants will adapt to any weakness they can exploit, will having more women on the front line create more opportunity for our enemies? Will they deliberately begin to focus their efforts on the female soldiers, knowing they can cause maximum psychological damage, and begin targeting those females in the most horrific ways possible?

There are many that would disagree, and claim Defence should not only be about the defence of the country but also what's right for the individual. Gavin Williamson was quoted as saying: “Opening all combat roles to women will not only make the armed forces a more modern employer but will ensure we recruit the right person for the right role".

Is he right? Or are we creating a larger strategic problem for ourselves later down the line?

James Collins
Posted 2 years ago
Why would women wanna fight on the front line anyway. Men don’t even wanna fight there, they do it because someone has to do it.