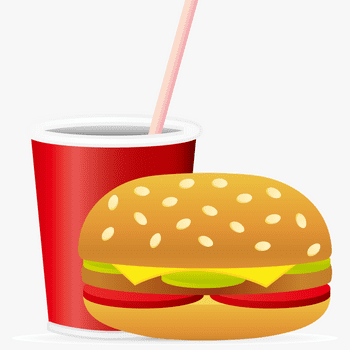 The UK government has revealed a plan to ban all junk food adverts online.

The ban would affect food products that are high in fat, salt and sugar in an attempt to solve health problems caused by people being overweight. The government has estimated that children aged under 16 were exposed to 15 billion junk food adverts online last year, compared with an estimated 700 million two years earlier. The government's health secretary, Matt Hancock said he wants children and families to make "healthier choices" when it comes to food. But should governments decide what foods children should eat or should it be their parents?

What are the benefits of junk food? Is it about more than just the nutritional aspects? Food is also tied to other things in life including culture, politics and socialising. Bananas may be nutritionally healthy but many people who pick them are subject to poor working conditions.

What about obesity, is obesity only about consuming junk food?

There's also economic costs, both to the suppliers of the junk food, and to the parents who may not be able to afford healthy food.

What about the environmental factors of consuming too much meat?

Feeding a Thirsty World report by the Stockholm International Water Institute, claims that there will not be enough water available on current croplands to produce food for the expected population in 2050 if the proportion of animal based foods isn't limited to 5 percent of total calories. Is this a good opportunity to begin changing our eating habits?

Perhaps we should be asking: If this junk food is so bad, why not make it illegal for the food industry to create such “edible food-like substances” that endanger people’s health?